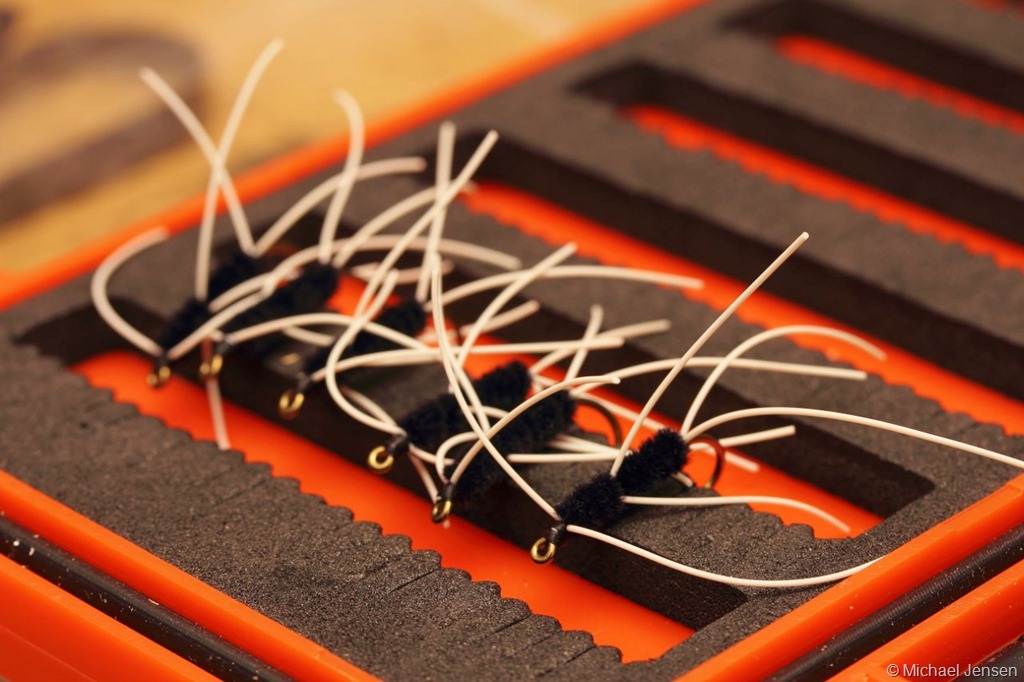 One of the main reasons that I love fly tying is being able to create something beautiful… that actually will catch fish. I try to stock my fly boxes with a lot of classic and nice looking flies. But… there are a few exceptions form the rule. One of the more ugly looking flies is the Girdle Bug. With a black chenille body, white rubber legs and nothing else this monster looks like a hillbilly version of an ugly spider.

But… for some reasons I started using it for fresh run sea trout in the river. I like sea trout fishing in freshwater, but around here that most often means night fishing. As it happens… most nights I’m asleep. I never really caught that night-fishing-bug that seems to have its claws deep in the heart of a lot of my fishing friends. I don’t mind fishing at night… but… I’m not really fascinated by the idea. I really miss the visual part. The wildlife, the birds, the otter and most important, that eye contact with a trout as it rises towards the fly.

So I catch most of my sea trout in full daylight. The most efficient technique for that is, in my humble opinion, upstream or cross stream fishing with large provocation nymphs or ditto dry flies. My absolute favorite and go-to fly is the ugly Girdle Bug. In the box it looks like shit, but when you’ve seen it solid imbedded in the jaw of a sea trout often enough… well you come to like the bastard. It still isn’t beautiful but it looks efficient and killing in the way an AK-47 does.

Well I know Mister Mikhail Kalashnikov wasn’t much into fly tying, but if he had been that, he probably would have come up with something remarkably like the Girdle Bug. 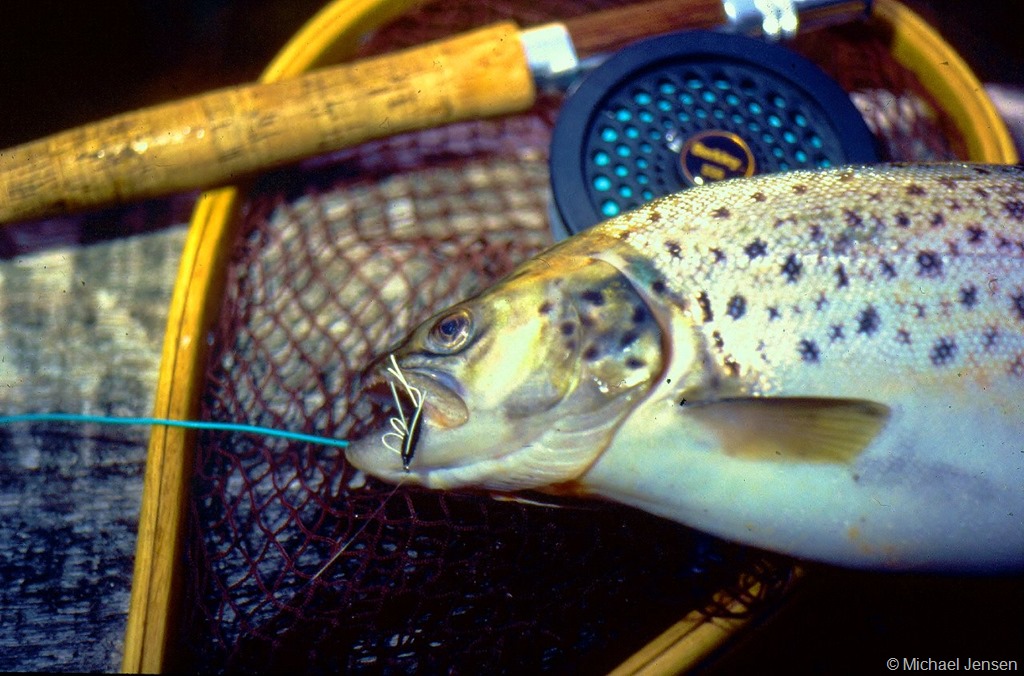 Since this dude concentrated his effort on deadly hardware for the military it was up to Frank McGinnis of Anaconda, Montana to combine rubber legs and chenille in an equally killing way. Back then, in the 1930’s and ’40s, the fly was known as the McGinnis Rubber Legs. McGinnis tied the fly as an imitation of the large stoneflies nymphs, or hellgrammites, in the Big Hole River.

I know for certain that these gigantic stoneflies do not frequent my local streams, but luckily nobody told the sea trout. I tie these monsters in sizes from 6 to 12 on long shank nymph hooks. Some are unweighted, but I also tie up some that are weighted with nonleaded wire, gold heads or cones.

All you need for tying a Girdle Bug is hooks, thread, black chenille and white rubber legs. 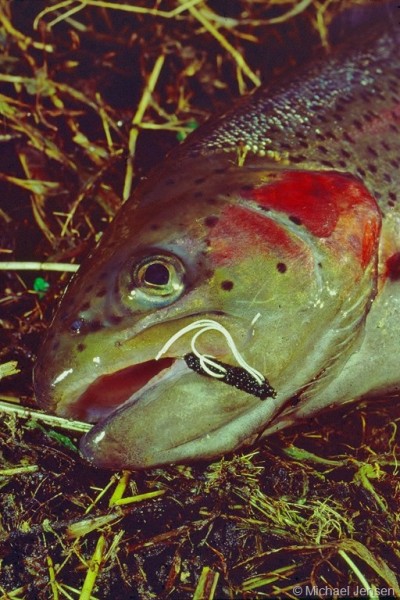 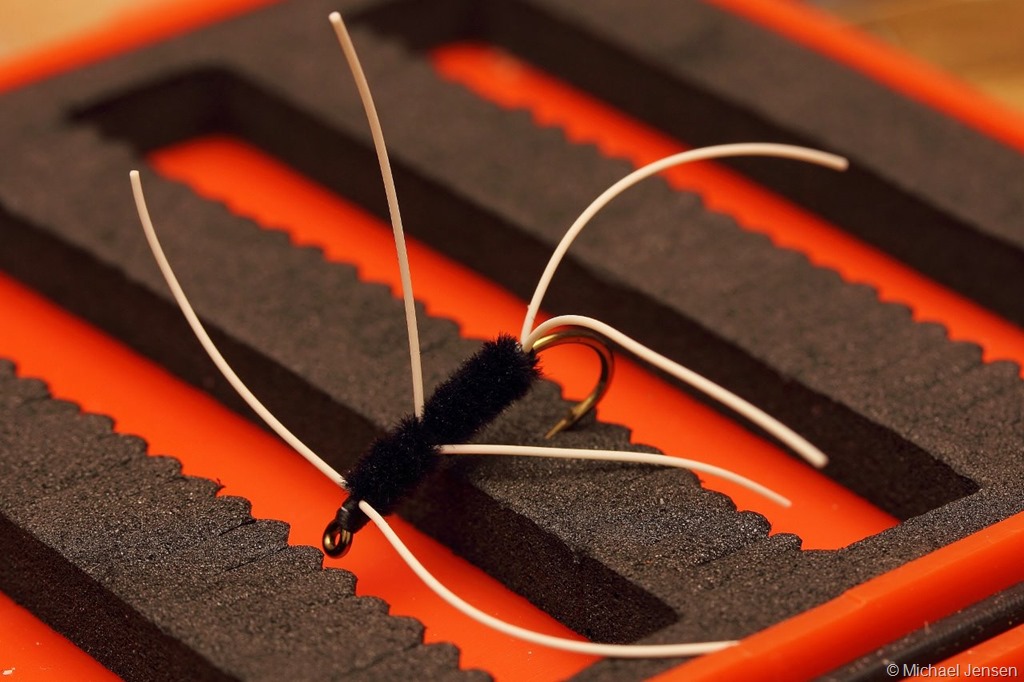