It is effective, simple and organic as hell – meet the Carrot 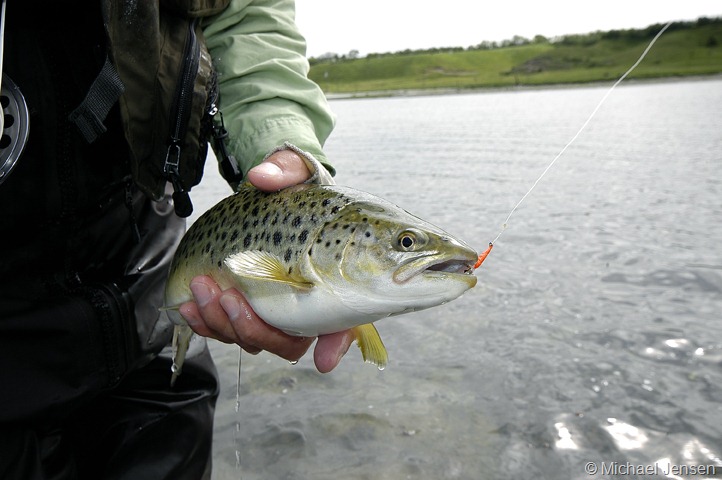 When my friend Preben showed me this fly, I actually thought he was pulling my leg. But then I watched and learned. We were fishing together in Mariager Fjord and the rascal was just standing there with a heavily bent rod and a silly grin on his face – while nothing really happened at the business end of my leader. Somehow that made me a lot more interested in the silly orange vegetable.

So much actually, that i won’t hesitate to urge you to tie up a bunch of carrots for your own flybox – but a word of advice: Don’t place them near your bunny flies. It can cause a blood bath.

The Carrot (in the local tongue Samsk Gulerod) was born during a fly fishing seminar on the Danish island, Samsø. After tying a bunch of the effective Christmas Tree (Juletræet) Preben made up a fly of the leftovers on the table. The result was a fly, that closely imitates the well known orange vegetable – and the name… well it came natural.

The Carrot was meant to be used for catching garfish (Belone belone), which it certainly does well. But more surprising – seatrout (sea run browns) seem to have a taste for it as well.

So you can’t go wrong with a Carrot. It is effective, simple and organic as hell. Might even be good for your teeth. But remember to watch out for those rabbits. 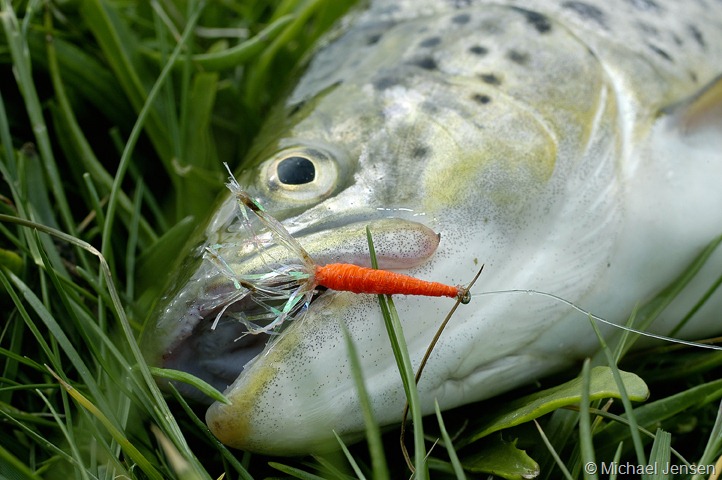 Body: Use the core from the mylar tube to build up the body. Cover with tying tread… and varnish