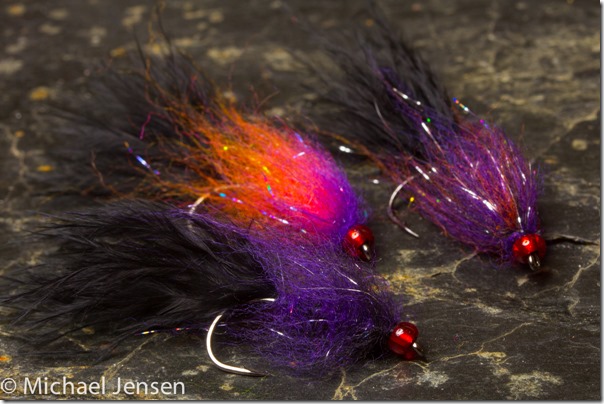 The Woolly Worm and the Woolly Bugger are some of my favourite flies – and recently I’ve worked a bit on the concept of making a Woolly Bugger that incorporated a bit more sparkle and flash than the original.

Furthermore I wanted to make it a bit more flexible – by making it easy to blend colours and textures in the body and hackle.

Funny thing is… this is a Woolly Buggerish fly that actually incorporates wool :0) 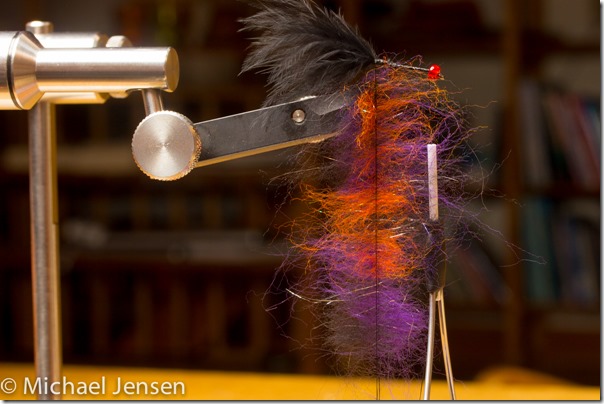 Anyway… I didn’t change the tail. It’s hard to beat a bushy marabou tail – whether you fish rivers or stillwaters. The chenille body and palmered cock hackle or saddle feather on the other hand… well I thought my version needed slight remodelling.

So I replaced these two features with a dubbing loop filled with Woolly Sparkle Dub. It looked fantastic… creating a glowing halo around the fly and adding that bit of spank and sparkle.

And using the composite loop method of blending different kinds of natural wool, synthetics, flashy fibres and feathers – this fly can imitate a lot of morsels – or provoke a response from most predators. Right now I’m experimenting with different materials for the Loopy Leech.

The head can be made of glass beads, brass beads, tungsten beads, bead chain eyes, booby eyes or dog nobbler style – depending on the action you want.

So is this fly a Woolly Bugger? Nope… I love the original… and I would not mess with that. When I tie a Woolly Bugger, I use chenille and hackle. This is a different beast. More like a fur leech. 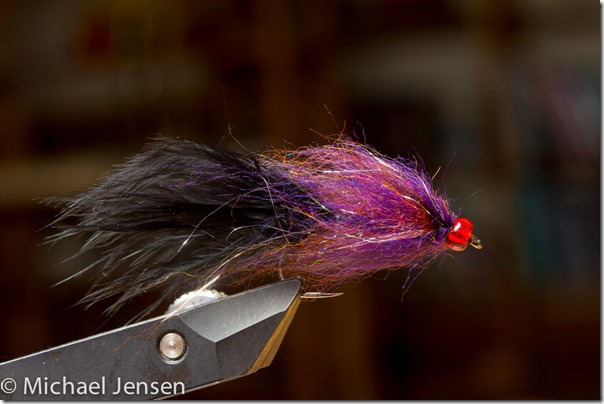 And the name? Well it is tied with a dubbing loop technique – and the word loopy also describes a state of goofiness usually occurring after a long night of partying or any other activity that provokes sleep deprivation.

I know exactly how that feels… don’t you?