Sea trout on a sunny afternoon

A short trip to the fjord paid off today. 5 lbs. of silver sea trout grabbed a simple palmer style fly I’d tied just before leaving home. The head cement on the green fly probably wasn’t dry, when the first trout of the day smacked it. It was a hard fighting fish that was in great condition – but no doubt it had spawned this winter. It still needed to gain some weight before it would be in peak condition. After a couple of photos I released the fish. I had three more fish take my fly before I called it a day. If the green one keeps up the good work, I’ll have to give it a name:0) 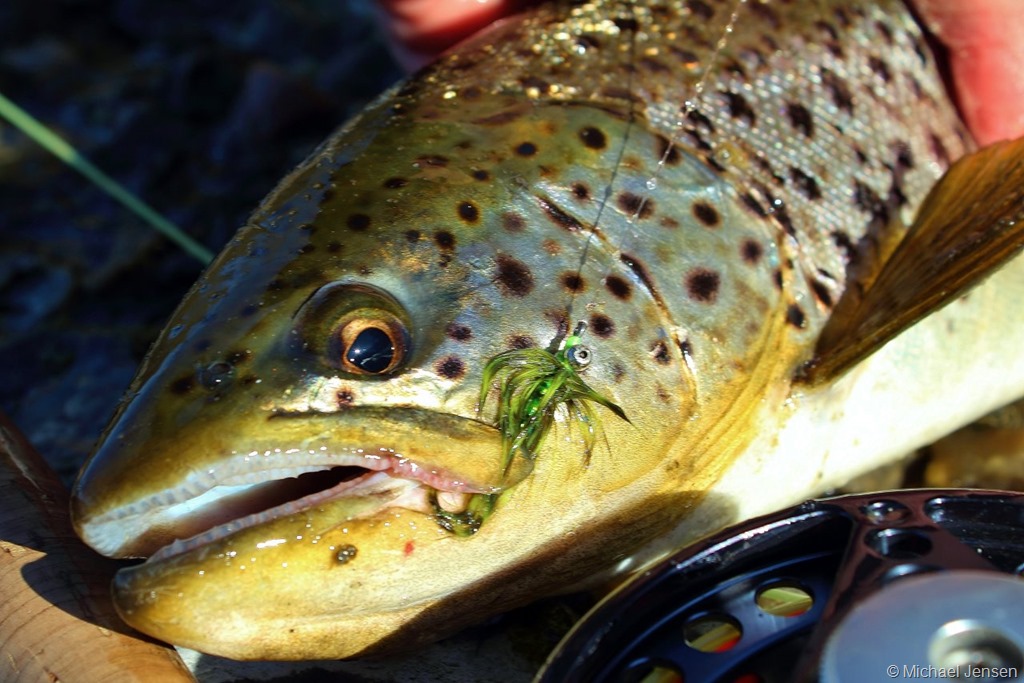 A lot of the fjord is still covered in ice, but there were lots of baitfish (primarily sticklebacks) and some shrimps (gammarus) in the shallows.

Even though my brand new waders were leaking… it was a great start of the season in saltwater.