Today I found myself in need of an uncomplicated scud- or shrimp pattern. Having tied a lot of classic flies lately, I decided to find the pattern for Ted Trueblood’s simple Trueblood Shrimp. All you need for this one is a wet fly hook (I prefer a 2x long version, like Mustad 3906B or substitutes), a bit of dubbing, some brown spotted partridge hackles (for tail and throat hackle) and a yellow or reddish brown tying tread.

The original pattern describes a dubbing blend of natural seals fur and under fur from otter. I actually had that blend in stock. Don’t know where I got the otter fur, but it’s probably from an old fly tying kit I bought from England decades ago. I don’t think the fly will be much different if you substitute the original blend to cream colored rabbit dub or other natural dubbing. Just don’t use that plastic-stuff:0) 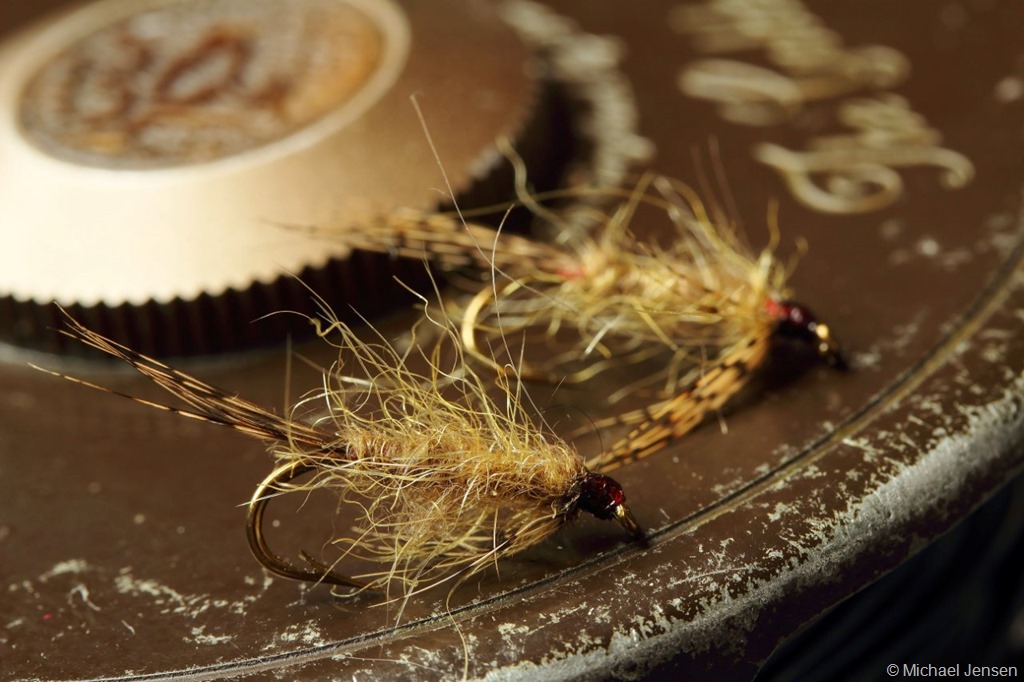 Anyway, I tied up a batch of Trueblood Shrimps. Just like many others of the world’s most fish catching flies it is butt simple: Think Casual Dress Nymph, Gold Ribbed Hare’s Ear and Iven’s Green and Brown Nymph. They are all fuzzy, fishy and easy to tie.

Cecil Whittaker “Ted” Trueblood (1913-1982) was an outdoor writer, fly fisherman and conservationist. In the periode between 1941 and 1982, he also was an editor and writer for Field & Stream magazine. I think I first learned about his shrimp pattern through the fly tying books of Danish fishing writer, Steen Ulnits (Fluebinding 3, 1983).

I’m looking forward to try the Trueblood Shrimp out for lake fishing – or for some salty sea trout in the coming months. 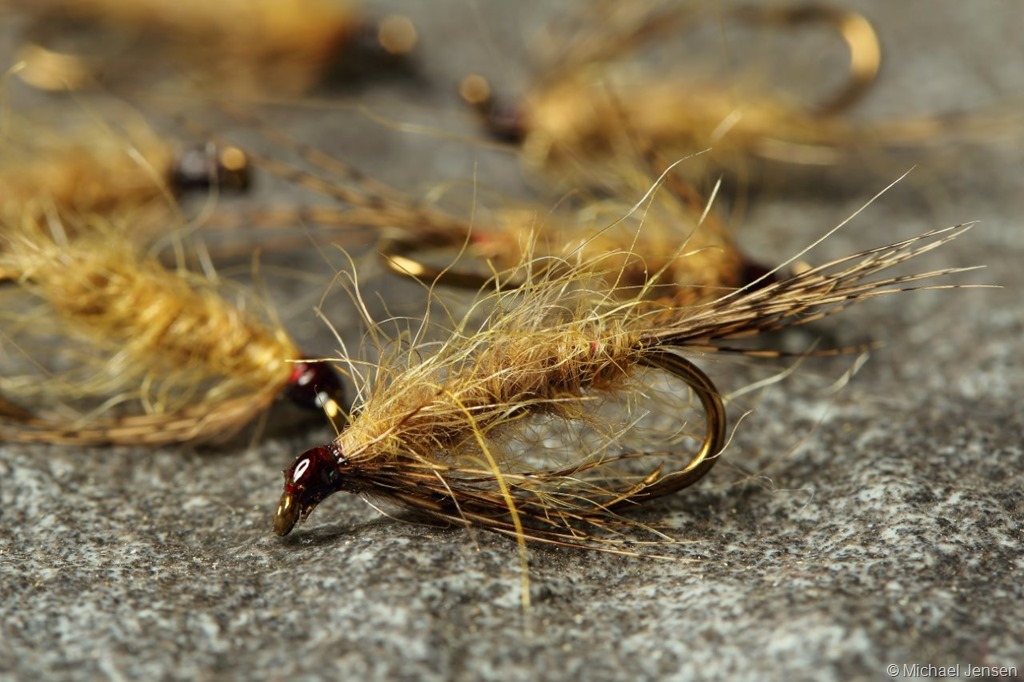