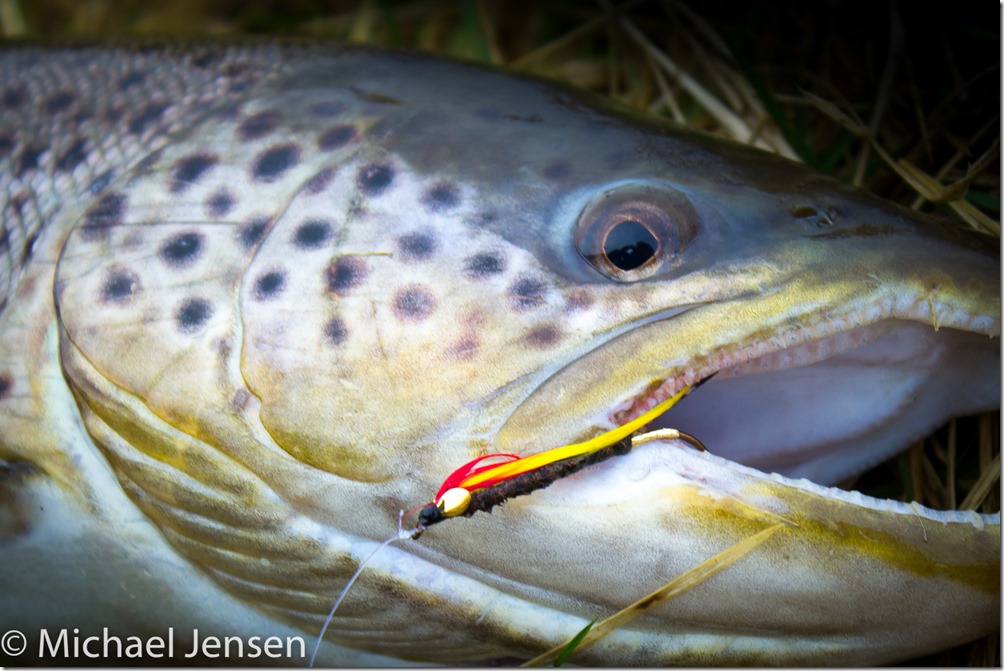 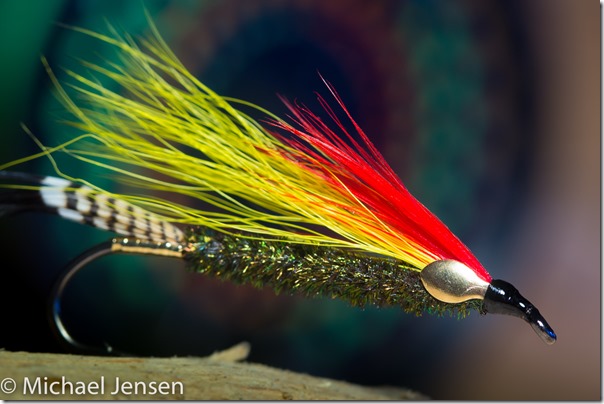 Ever since I got hold of the wonderful book Streamers and Bucktails by Joseph D. Bates sometimes back in the 1980’s… I’ve been in love with Bill Edson’s flies. I wanted to tie the flashy Light Tiger and the more discrete golden brown Dark Tiger. But I didn’t have the right fly tying material – since I could not find a source for the characteristic brass eyes, that Bill used on a lot of his flies.

Well sometime last winter, I found a source. It was kind of like finding the Holy Grail, so I was really happy, when the first package with small metal spoons landed in my mailbox. 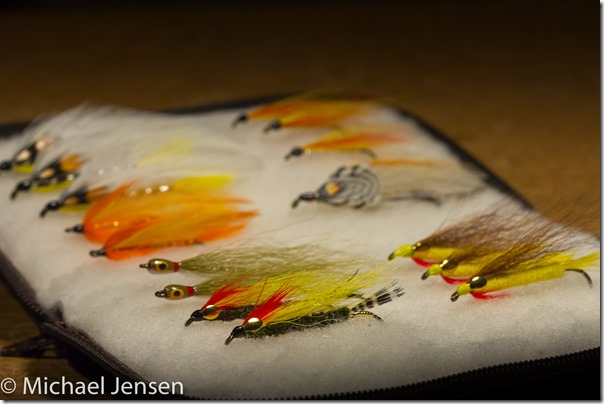 During the next couple of weeks, I tied Edson flies. Mostly Light Tigers and Dark Tigers – but a couple of his featherwing streamer patterns as well. And I went fishing. 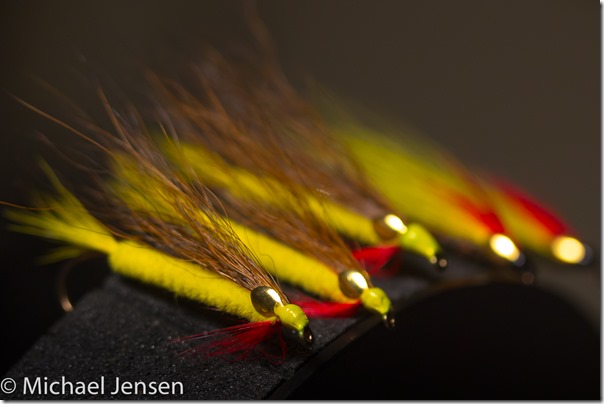 On my first trip with the Dark Tiger I went to one of my local trout streams. It was in March – which here in Denmark should be the first month of spring, but usually is more like winter. It was a cold and dark day. The river ran high and was discolored from winter run-off.

But… the Light Tiger looked exactly as great as I had expected, while it swung across the current, and in the second or third cast a large trout took it in a boil of water. To make a long story short. The fish was a 30 inch sea run brown trout. Dark and beautiful but post spawn, so not exactly a silver torpedo. I shoot a couple of quick photos and released the fish to continue it’s journey downstream and maybe return to the river again for another run.

The large streamer looked kind of small in the scissors of that fish :0)