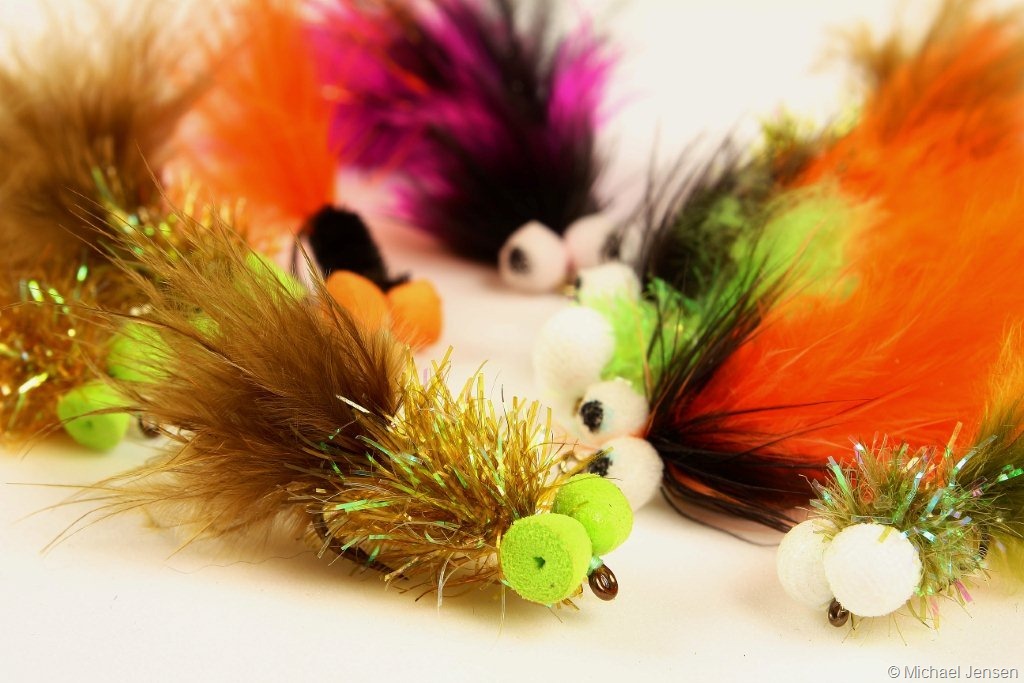 I am a streamer fishing addict – and I like my streamers to live, breathe, pulsate and swim. Naturally I go for fly tying materials that will support this plan. Marabou is one of the materials, I just can’t do without.

Now to assume that marabou is just marabou – is the fly tying analogy of saying that a fly rod is a fly rod. You need more than one (hell you need a lot) – and you choose horses for causes.

If you are a marabou nerd you will need plumes, wooly bugger marabou (which in my opinion isn’t always the best marabou for wooly buggers:0), blood quills, chickabou and other types. I will get back to these matters in a larger theme on this blog later on.

Today I will be dealing with a tying technique that seems to raise the hackles on a lot of fly tiers: Pinching. You’ve probably tried cutting a marabou tail or wing – if not for other reasons, then just to turn tail nipping trout into hooked trout. It can save your day… but it looks like shit. A clean cut gives the impression that you’ve just misjudged the proportions of your streamer, and have had to use the last resort: Your scissors.

“Well I have to come clean. My name is Michael… and I’m a pincher”

Well I have to come clean. My name is Michael… and I’m a pincher. Hey… easy now. Hang on, and I’ll explain. Pinching, in my kind of view, is a lost art form. See, there are a time to pinch and a time not to pinch. It all depends on the pattern and, more important, which kind of marabou you try to pinch. Then there is the matter of geography. It seems that some European anglers pinch a lot, especially some British reservoir anglers are notorious pinchers. Americans tend to neglect this technique. Furthermore: Anglers that are more into fly fishing than fly tying seems to have a more relaxed attitude in this matter.

That’s just the overall picture. I could track down pinchers all over the globe, and I’m pretty sure that most of these dudes get their share of trout. So for you non believers or wannabe pinchers, here is my pinching manifest.

stinger hook. It really can ruin your day”

I will work on more statements for this list, and upgrade it along the way. Until then: