Poul Jorgensen and a salmon fly 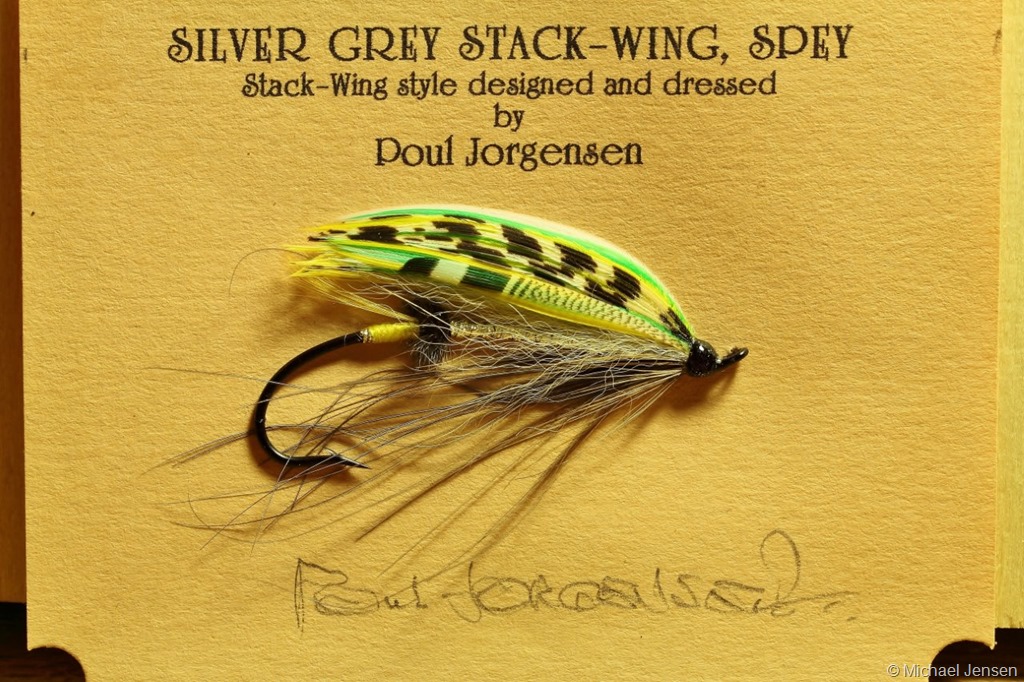 Last night a good friend gave me a present that made me remember a very special man we both had the pleasure to meet and learn from. The present was a beautiful salmon fly tied by the master of fly tying, the late Poul Jorgensen. It was a Silver Grey Stack-Wing Spey – and, as every fly from Poul’s hand, it was a piece of art.

To see Poul tie a fly was like watching Michelangelo paint or Jimi Hendrix play a right handed Stratocaster southpaw. You see and hear what’s happening. You understand it is beautiful. But you sure as hell never will be able to do anything like it. Some people are just untouchable in their skills. Poul was on that level, and his salmon fly made me remember a very exciting time in my life. I had to rewind my memory back to 1997. 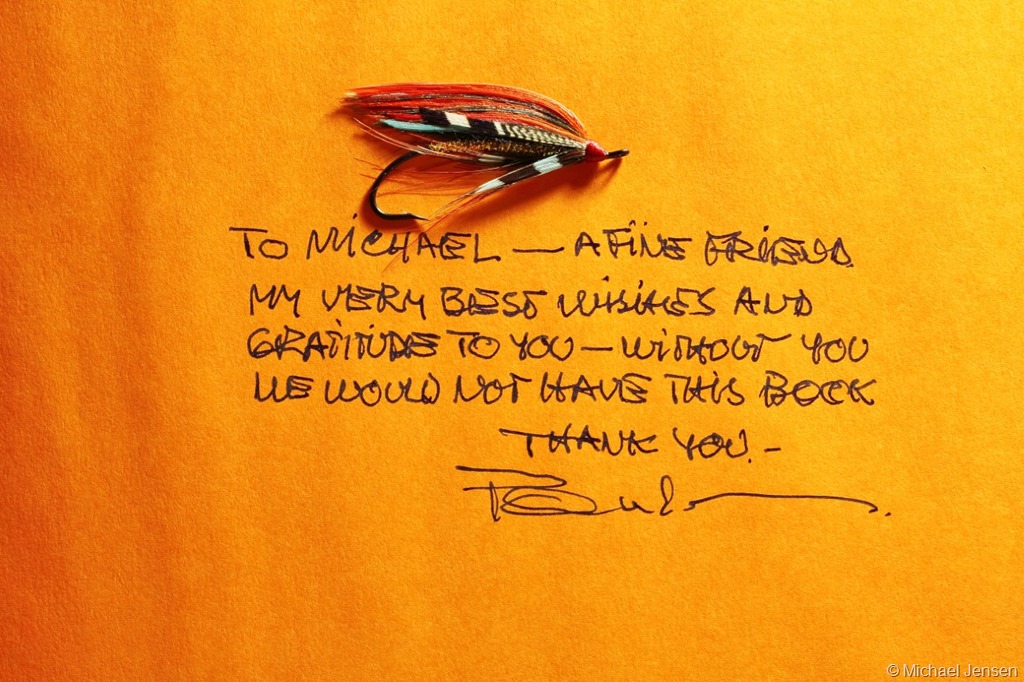 Over the years I have authored several books on fly fishing and fly tying. So far I think it is around 15 books on the subject – primarily in Danish. Some of my books have been translated to German, Swedish, Norwegian and English. But… in all my years as a writer I have only translated one book written by another author to my native language, Danish. That is because I consider myself more of a writer than a translator. I normally get bored, when I’m not in charge of the creative process.

But when the person asking is one of your absolute heroes, well things are a little different. So when I was asked to translate Poul Jorgensen’s classic work Salmon Flies, Their Character, Style and Dressing to Danish – I didn’t have to think twice.

Working on the book in close contact with Poul and my editor at that time, Morten Valeur, was interesting. And getting on a book signing tour to Zealand together with Poul was a fabulous experience. Along on the trip was Morten, Poul’s close friend Soren Glerup (actually the friend that gave me the fly last night) and me.

Poul was amusing, funny and generous as usual. I remember that he told the waiter in the restaurant on the ferry that he would pay the bills. If his “sons” (pointing at Morten, Soren and me) tried to pay for anything, we should not be allowed. We were still immature, Poul explained, and not yet able to make economical decisions on our own. We laughed a lot on that trip… I recall.

Poul Jorgensen died, at the age of 78, on November 29, 2004, in his home in Roscoe right on the banks of Willowemoc Creek. The world lost one of its best fly tiers – and everyone that had the pleasure of knowing the man, lost a great friend.

Poul was a master, but he never stopped learning. His philosophy on the craft is best summed up in his own words:

“When you feel your fly tying cannot improve, it’s time to get rid of your tying stuff and take up golf.”

Poul’s dedication to me in my own copy of the Danish Salmon Fly Book. I’m sure he is not correct. The book would have been published anyway, but… again he was a kind and generous man.