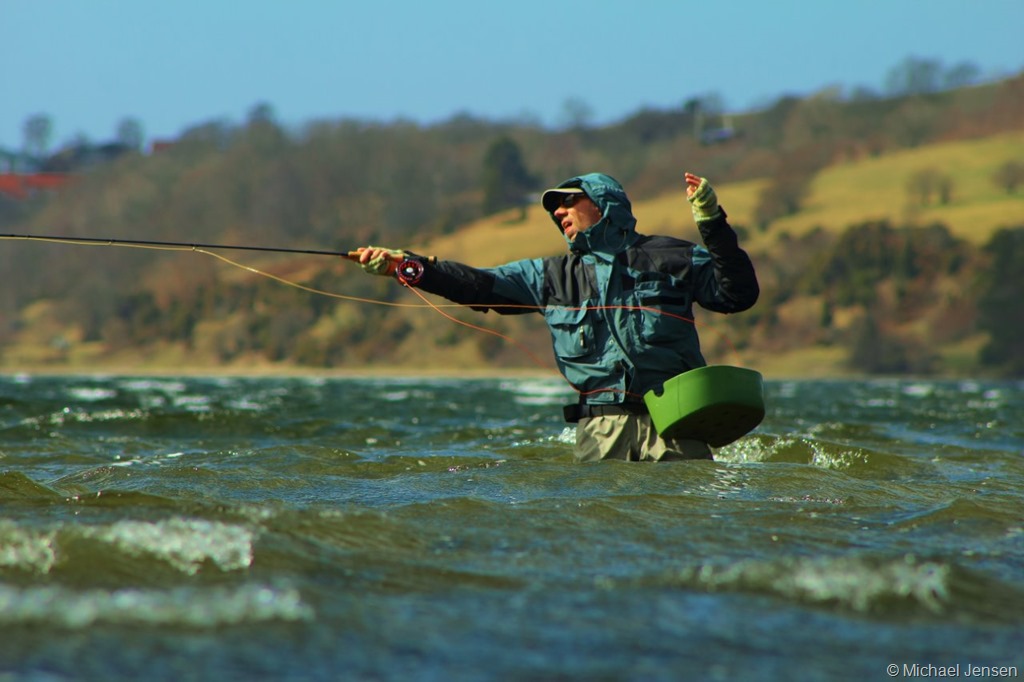 Well I finally surrendered. I’ve never been a big fan of the line basket, but lately I found myself getting pissed more often than usual when fishing for sea trout. Wind, loose seaweed, algae and just plain old line tangle seemed to collaborate in an effort to mess up a fair percentage of my casts. And… since long casts (and a lot of them) usually are the order of the day if you want to catch the silver price of the sea – I finally went to my local tackle pusher and bought a line basket.

Now… having used it on several outings – I ask myself why the f… it took so long. The answer is: I think a fly fisherman looks silly with a tray strapped to the belly. Silly in an ice cream salesman kind of way.

Now I look silly, but what the hell – I probably did without the line basket anyway. And the basket gizmo improves the average distance of my casts considerably – simply because nothing tangles. Every cast goes to the distance I intended – or at least as far as my ability enables it to. Sweet.

The million dollar question is: Do I catch more fish using the line basket? Well… dunno actually. But I seldom get pissed now. At least not because of line tangles:0)

I guess that is some kind of catch. Isn’t it?