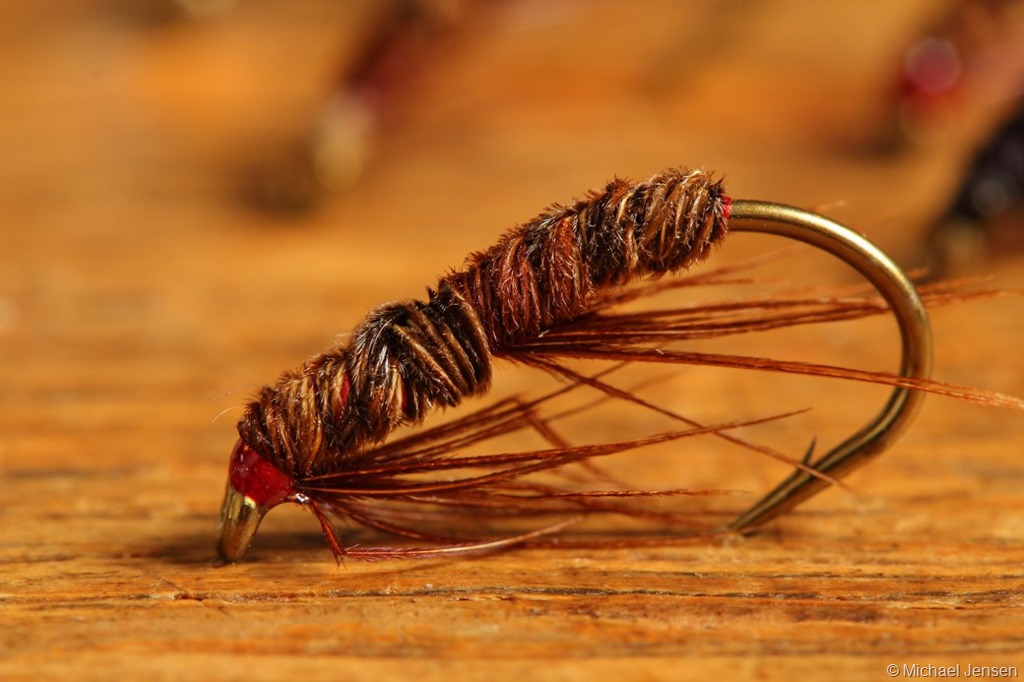 Back in the late 80’s I was a big fan of Jim Teeny. I was carrying his fly lines in my fly shop, and using them myself as well. It was the Teeny Mini-tip sink tip lines and the T-series of sinking lines. I still have some of these lines. But… for some reason I forgot about the Teeny Nymph. Back then I used it quite a lot. I think there was a period, where I used this simple nymph exclusively. I caught brown trout, rainbow trout, sea trout and lots of other species on this nymph, which actually only sports a hook, tying tread and a few fibres from cock pheasants centre tail feather. Depending on the hook size, you tie down one or two bunches of fibres – which in turns give one or two set of legs on the fly. 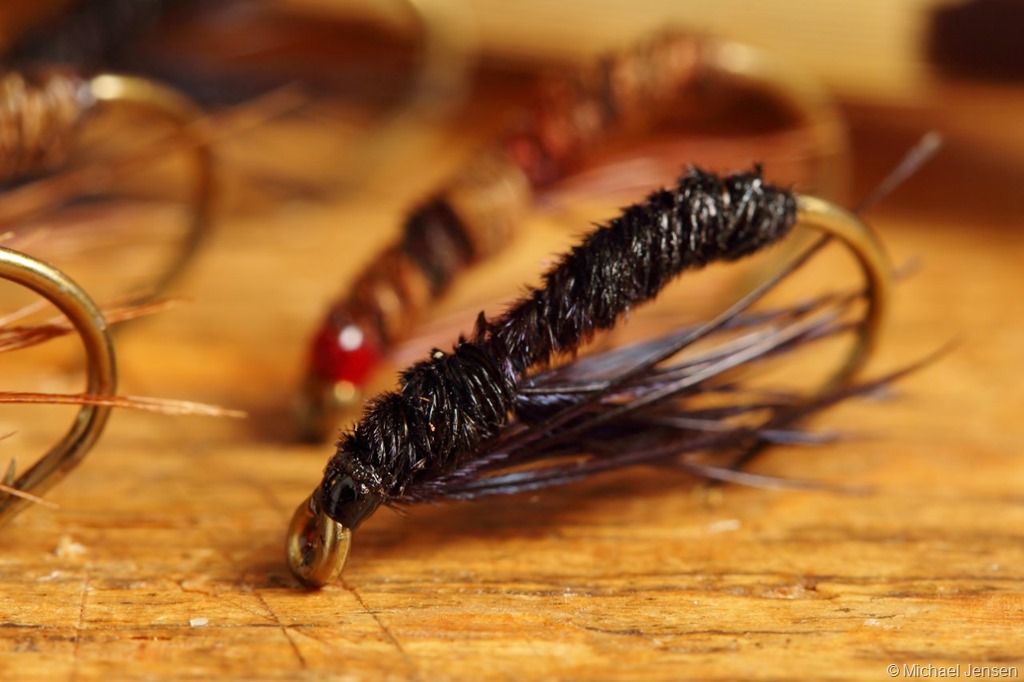 But luckily, this year I made an Amazon wish list for Christmas, and my wife gave me a lot of nice books. Among these was Peter Gathercole’s Fly Tying Bible. There on page 98 I found the Teeny Nymph, and went totally tripping down Memory Lane. How on earth did I forget this fly that generously gave me a lot of trout back in my reckless youth?

Well dunno… but I am making up for lost time right now – tying Teeny Nymphs at cruising speed. I need some in the natural brown, a few in dyed black… and I will have to get hold of some olive pheasant tail feathers as well… and hey how about a claret… and…

Ups. I kind of lost it there :0) But I will have a fly box stuffed with Teeny Nymphs for the new season. 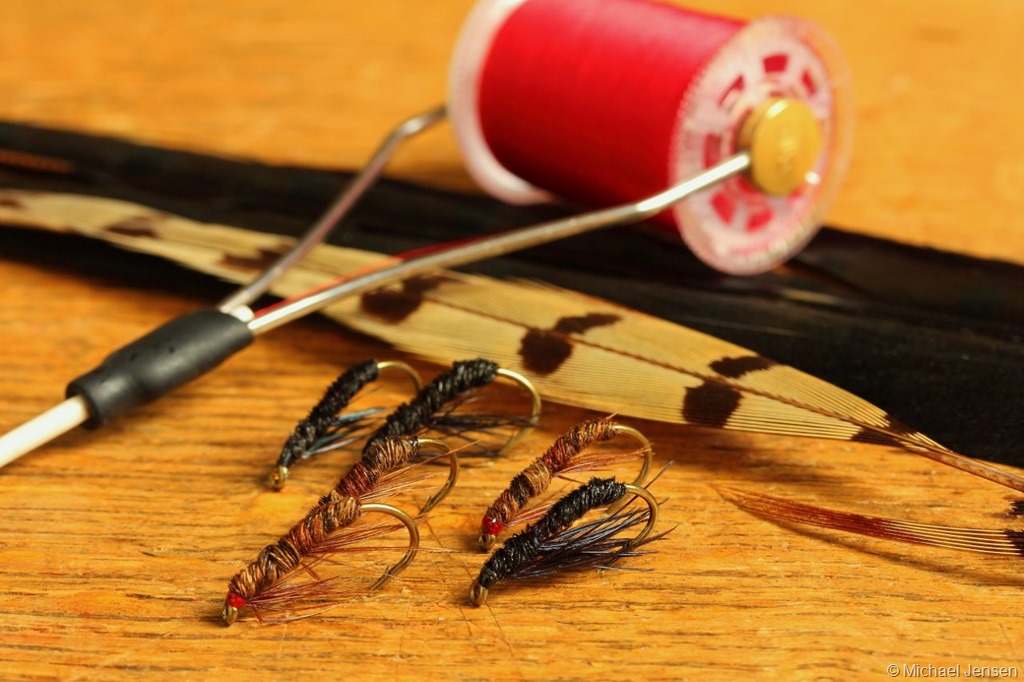